How New York City Gets Its Water

The Catskill/Delaware UV Facility is the world's largest, with capacity to treat 2 billion gallons of water per day. We are proud to have been selected as the project's UV manufacturer.

New York City's water distribution system truly is an engineering marvel. The New York Times recently wrote an article titled "How New York Gets Its Water." It tells you exactly how the city delivers what has been called "the champagne of drinking water" to 9.5 million people. Our TrojanUVTorrent™ and ultraviolet disinfection technology is described in the High-Tech Water Treatments section of the article. 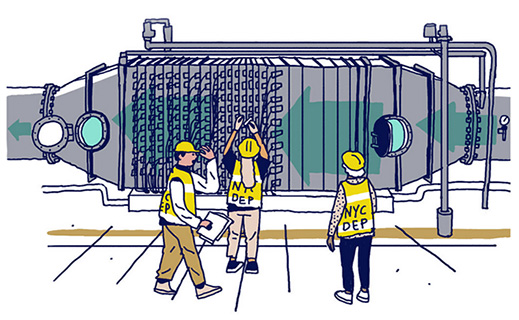 Illustration of the TrojanUVTorrent™ by Josh Cochron, New York Times.

The New York Times has also produced a captivating video about the city's water distribution system. The TrojanUVTorrent™ is shown at the 4:21 mark.